Judicial murder leaves powerful memories in the lands where it is committed. The legal lynching of Ken Saro-Wiwa and eight other Ogoni activists stains the history of Nigeria like an oil slick. Saro-Wiwa, the politician who became famous writing sitcoms for Nigerian television, was hanged in 1995 for daring to stand up to the military junta and to Shell Oil, who had turned his homeland into a polluted wasteland while hoarding the profits.

Beside Saro-Wiwa during much of the struggle was his quiet younger brother Owens Wiwa.
Timothy Hunt's superb The Politics Of Bones tells the terrible, heroic story of the Ogoni resistance and the dramatic lives of Saro-Wiwa and his brother. It also gives a charming account of the Wiwa family and the close relationship between Ken and Owens, whose final separation is heartbreaking.

Saro-Wiwa and the other Ogoni leaders were hanged on trumped-up charges that they were involved in the mob killing of four chiefs who collaborated with Shell and General Sani Abacha’s fascist junta.

This book works on many different levels. It shows an entire culture under assault by a grasping multinational corporation and its military protectors, but it also focuses on the brothers, one doomed to hang, the other chased into exile (eventually winding up in Canada). Yet through all their tribulations, neither gives up the struggle.

The Politics Of Bones can also be read as an adventure story. Owens Wiwa’s death-defying escape is the stuff of Hollywood cliffhangers. He and Hunt have ensured that the memory of Ken Saro-Wiwa will survive long after the last drop of oil has been wrung out of Ogoniland. 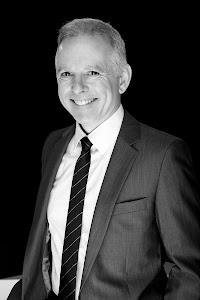